Benefits of working with the mobile data collection app 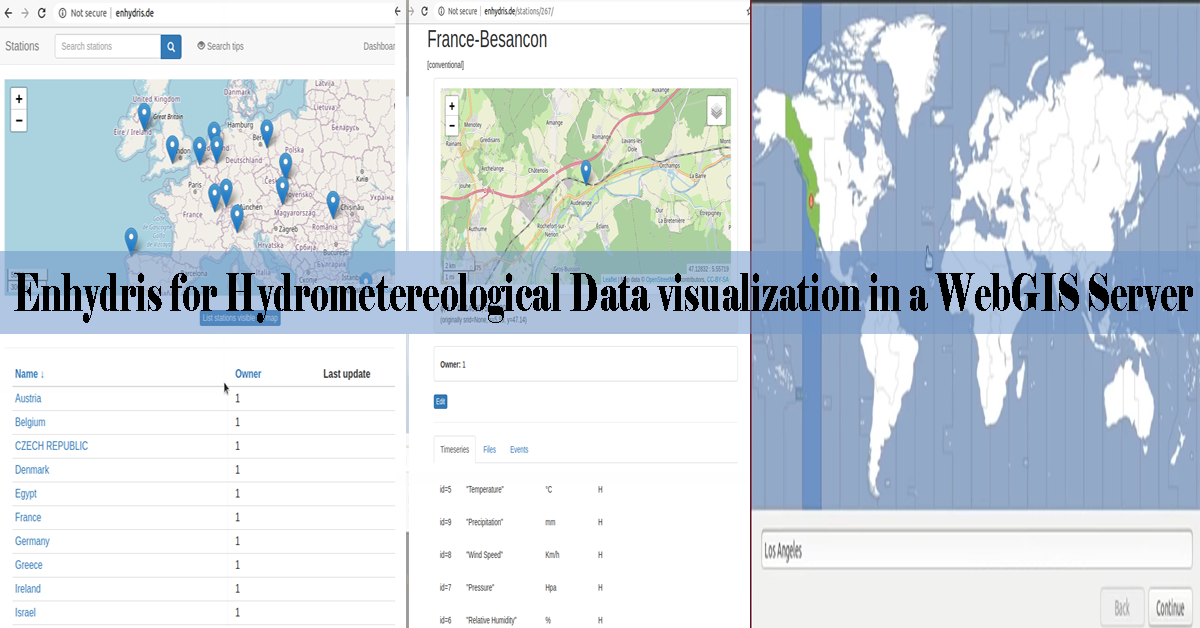 This article gives an overview of the Enhydris system and its installation.

Enhydris is an open source environmental system for working with hydrological and meteorological time series data. This system was developed based on Python computer language and Django, and it operates on UNIX or Windows if the operating system has a running Python version. The developers of the system are A. Christofides, S. Kozanis, G. Karavokiros, and A. Koukouvinos members of the National Technical University of Athens in Greece.

Enhydris written in Python and Django provides a free database in which the time series data is stored and managed for the creation and visualization of maps. Moreover, it allows the Data visualization of the hydrometeorological in tables and graphs.

This system is available through a WebGIS server interface and with its security system; it is possible to configure the data accessibility as needed. The Enhydris users can be restricted or allowed to share or download data. Due to this feature, Enhydris WebGIS server has been used in either a private or a public setting environment for Data visualization purposes.

Installation and configuration of Enhydris. 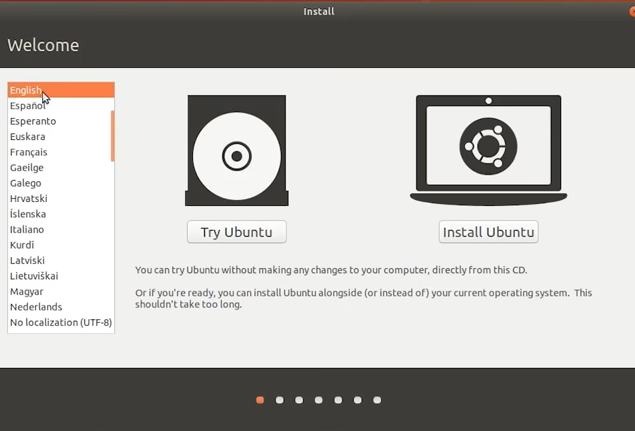 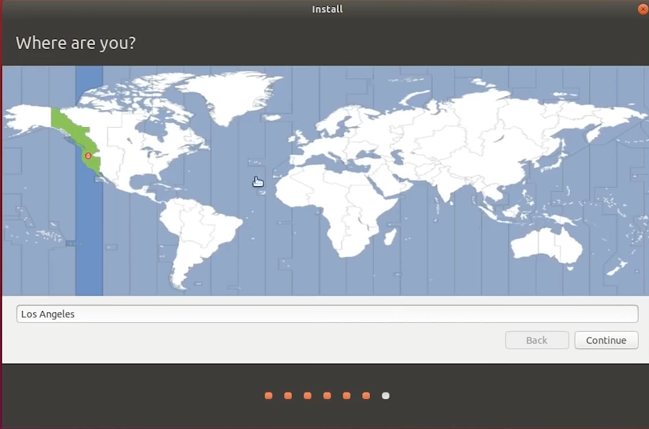 Fill in the required data and click on continue. 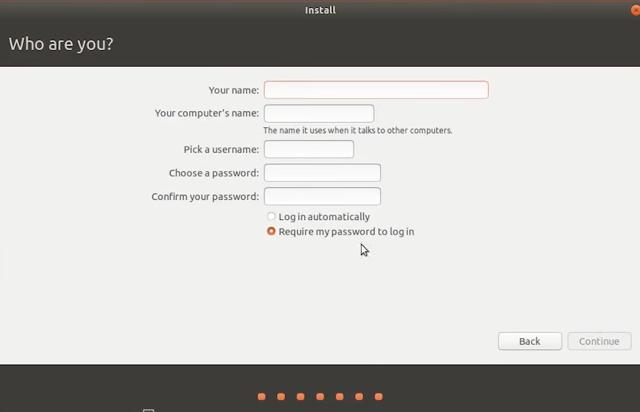 To install Enhydris WebGIS server in your Ubuntu, open the terminal and create a virtual environment. This tool will allow you to work on a Python project without affecting other projects that also use Python.

In the folder of your virtual environment, install Enhydris WebGIS server by cloning Repository from GitHub. 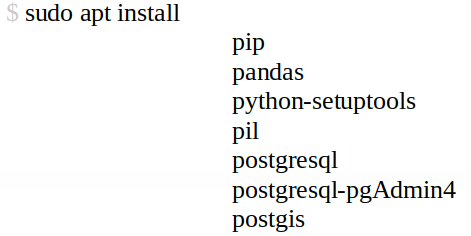 Create a Django settings file called Local.py in you Enhydris directory. This file should override DEBUG, SECRET_KEY, DATABASES and STATIC_ROOT.
Open pgAdmin4 application of postgresql and create a new server. In this step, it is important to align the data contained in the Local.py file with the Database in Postgresql. 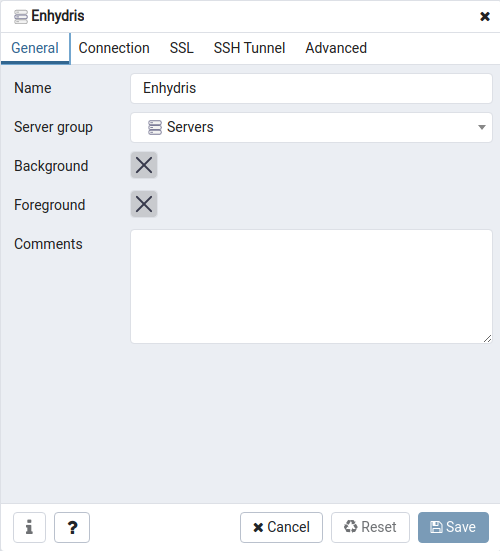 To setup you should authenticate with your username and password, sometimes is necessary to modify the following lines in pg_hba.conf: 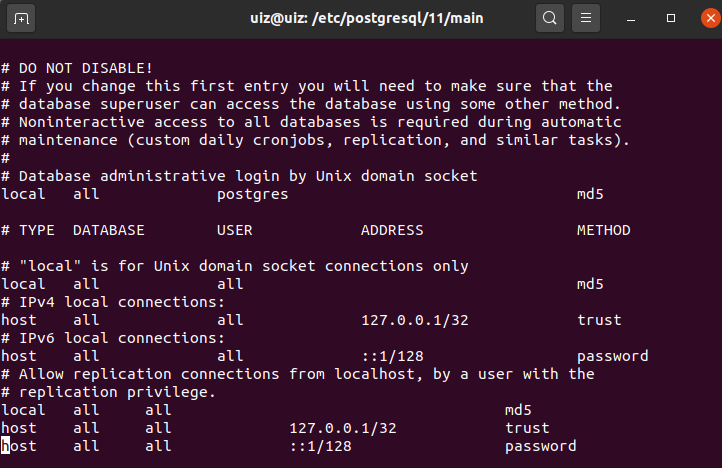 Restart the server to read the new pg_hba.conf configuration.
Create a postgis extension in the pgAdmin4 application. 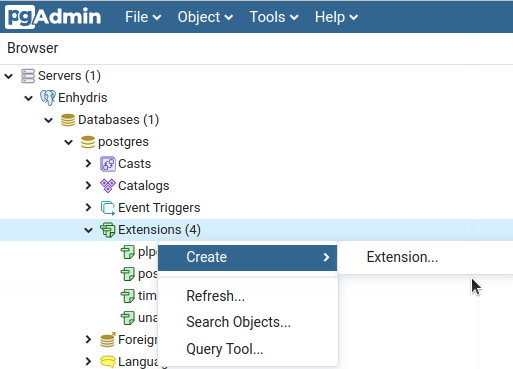 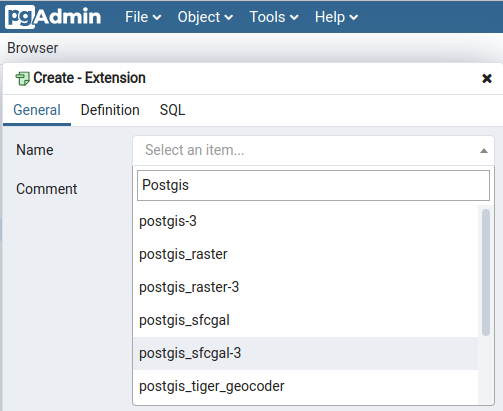 To initialize the Enhydris database, run the following commands in your Terminal within the Enhydris configuration directory:

Once the commands were run, the Django development server will start in the port 8000. Open your browser and point it to http://localhost:8000/ to see Enhydris WebGIS server. 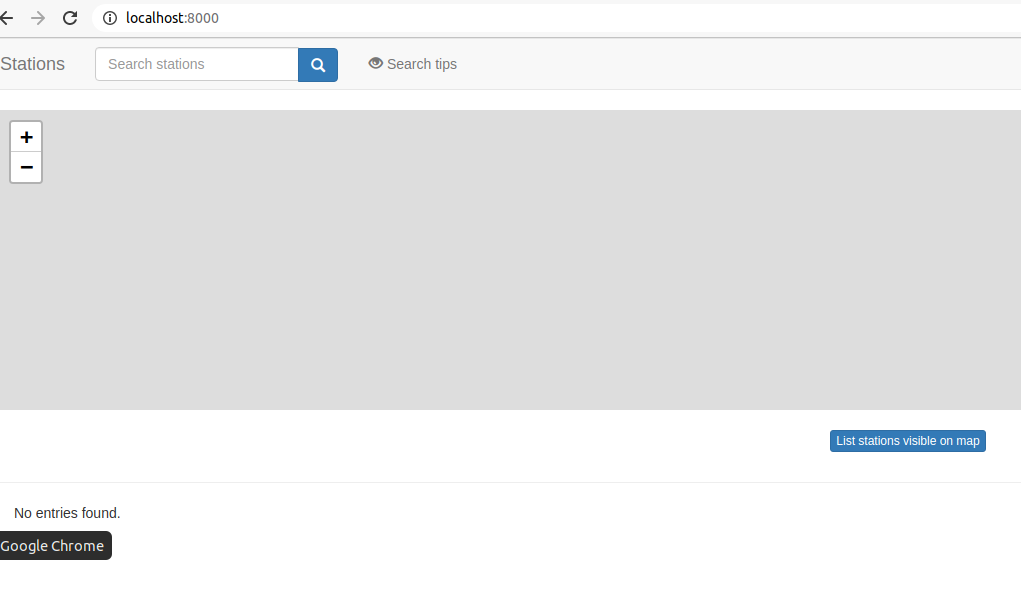 In order to expose your Enhydris WebGIS server in the Internet, you can use domain mapping. It will allow you to share your page in any place in the world.

To add and configure information in the Enhydris WebGIS server, log in and go to the Django Administration http:// http://enhydris.de/admin/. 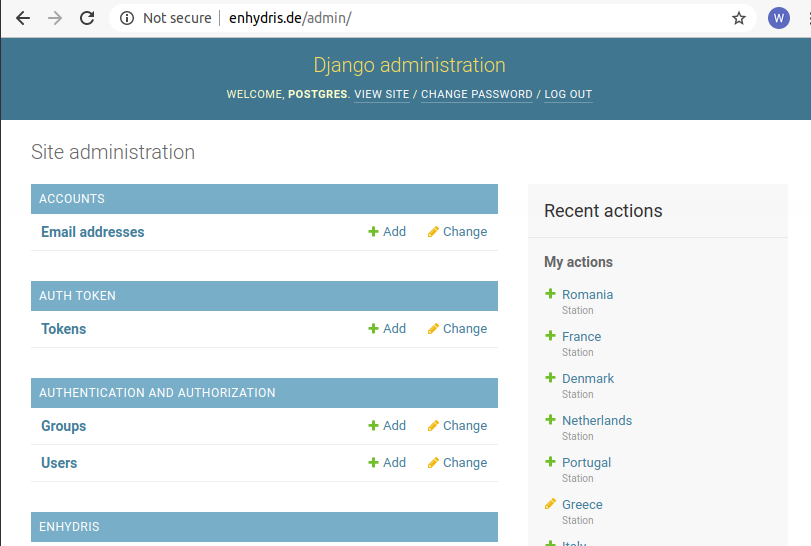 Once you add information the Data visualization would be possible in your WebGIS server. 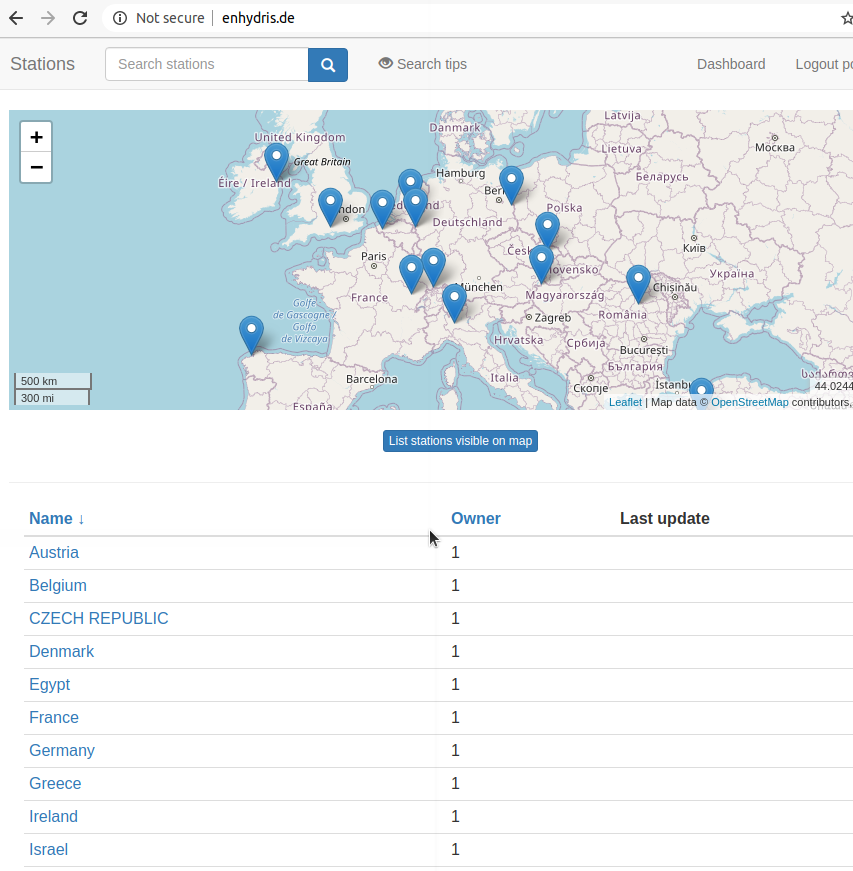 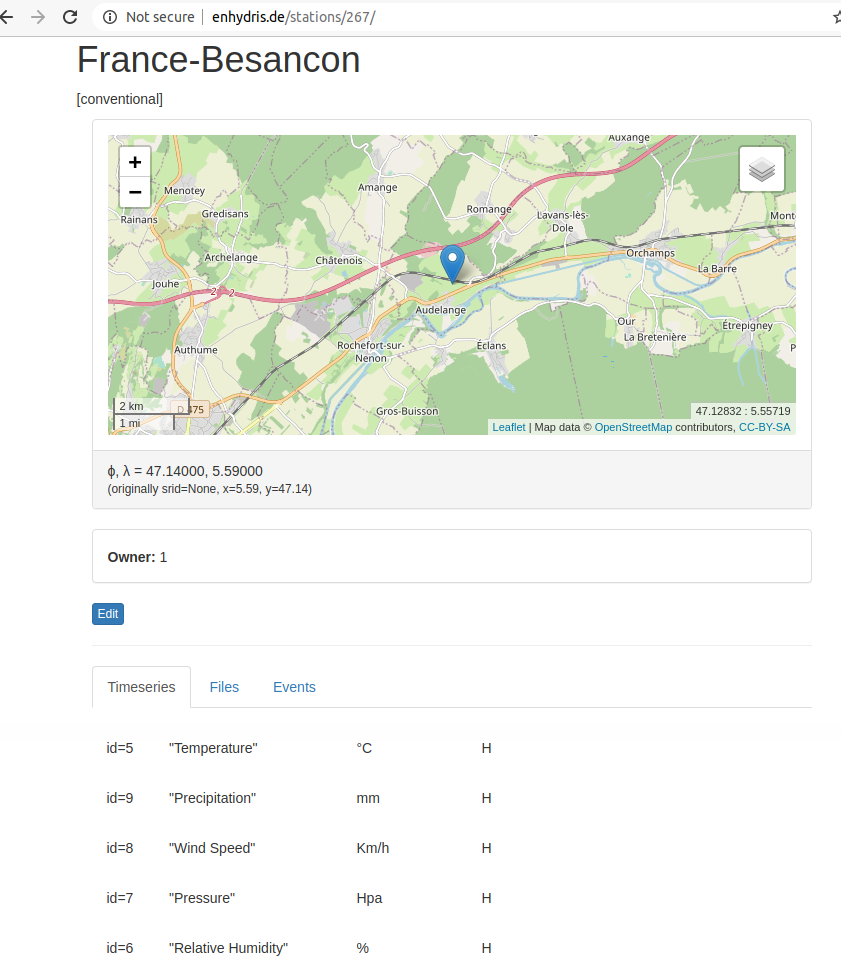 This article provides an overview of Enyhdris WebGIS server, its tools and benefits. Furthermore, this article shows a step-by-step installation guide to support and to ease any user within the installation process significantly in Data visualization projects.

The “Umwelt und Informationstechnologie Zentrum” UIZ has many years of experience with the setup and installation of Enhydris written in Python and Django but as well with the development of custom WebGIS server platform for Hydrometereological Data visualization.

For more information or other services, please contact us. 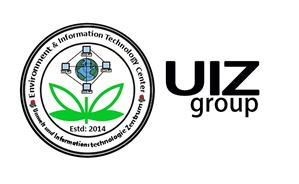 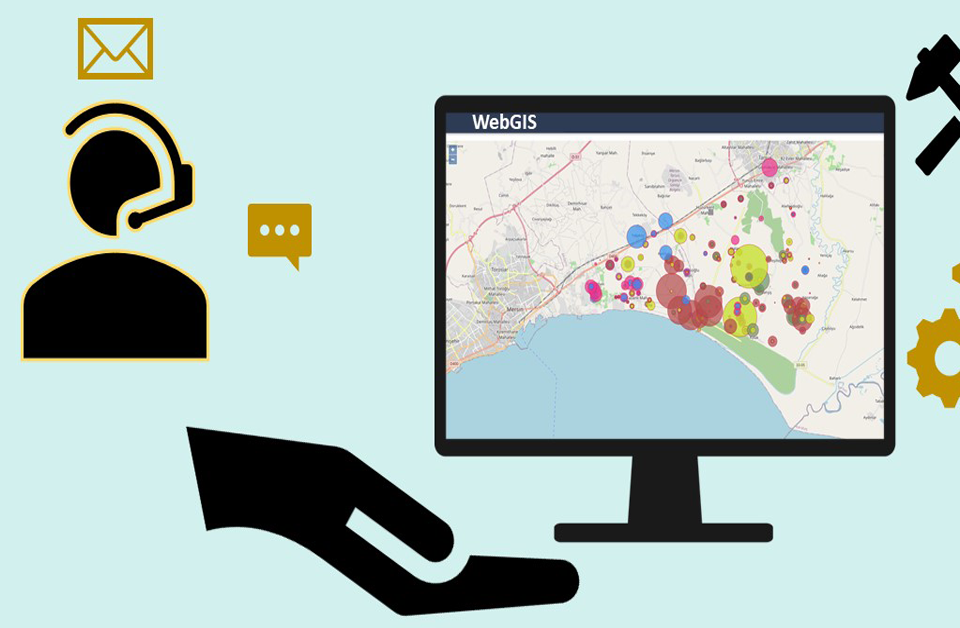 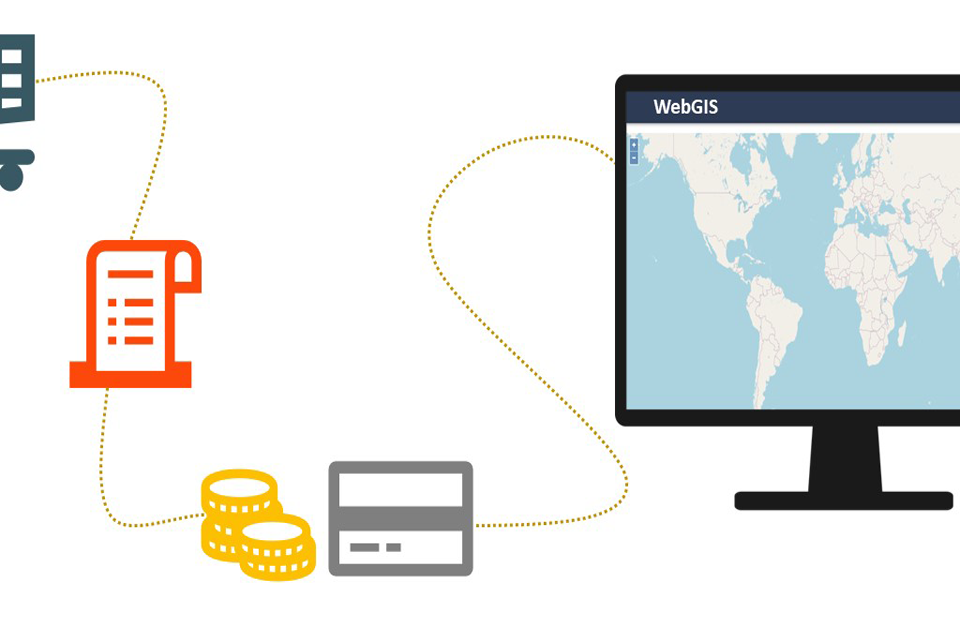 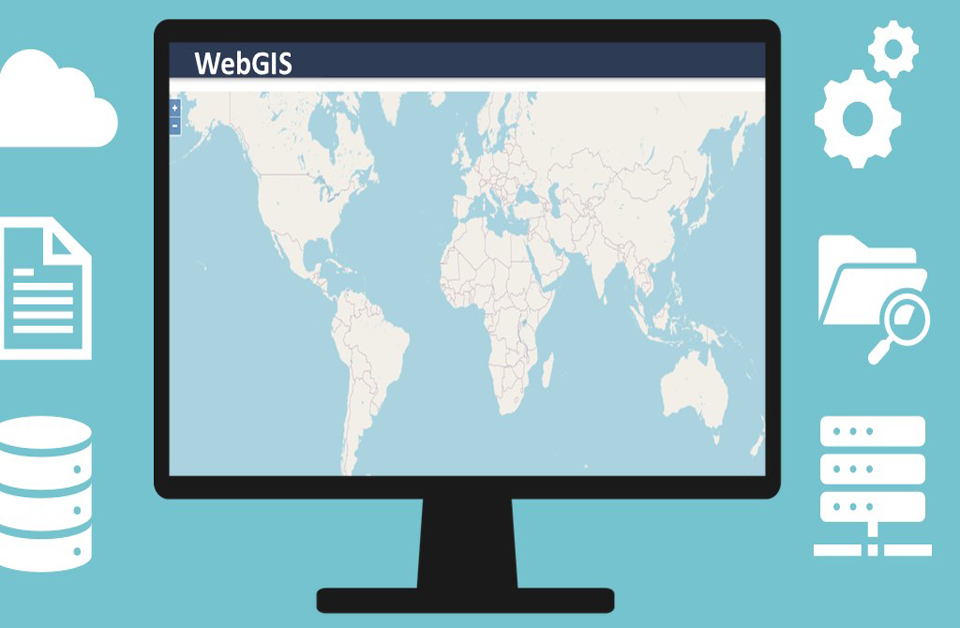